The Karć brothers Foundation held a promotion of two new titles by Maria Line Veca, “Landscapes of the Soul” and “Wolf’s Heart”, on Friday, February 25th.

Both books are a unique confirmation of the author’s twenty years of dedicated work on revealing the truth about the life of Serbs in Kosovo and Metohija.

From the conversations she had with Serbs in Kosovo and Metohija, especially with the families of the abductees whom she considers invited before anyone else to speak “about the so-called statehood of Kosovo achieved by NATO bombs,” four books were written: “Kosovo lost”, “Landscapes of the Soul”, “Prison under the Open sky “and “Wolf’s heart”. In her book “Wolf’s heart”, she adds to the confessions about terror and suffering, but also the survival of Serbs in Kosovo and Metohija, the fates of four Serbian men: a doctor, an engineers, a professors and a farmer, whose organs ended up in the bodies of other people. 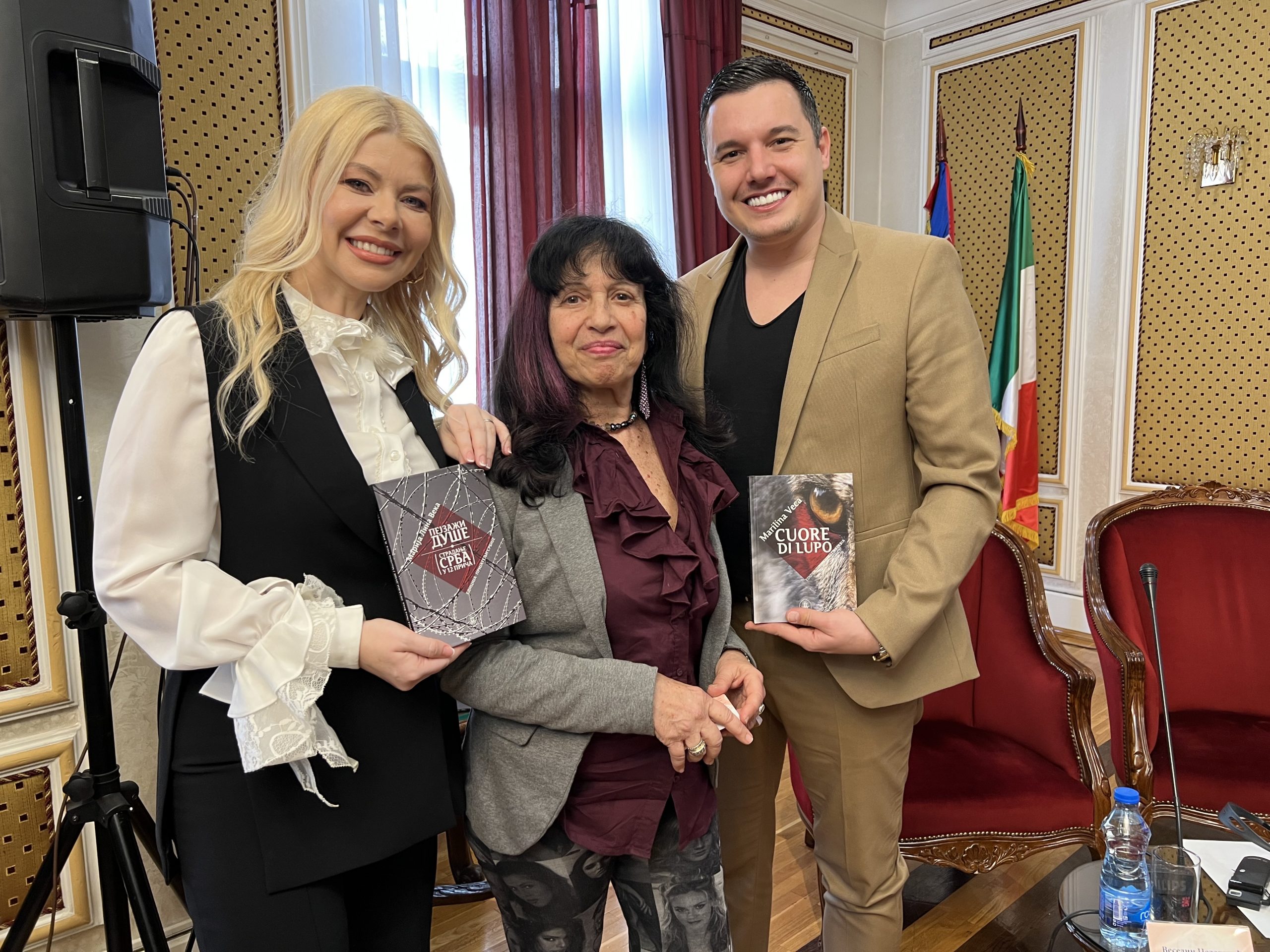 Maria Lina Veca wanted to find out the truth about the grave crimes against Serbs in Kosovo and Metohija, she dared to pass it on, and she was brave enough to fight for it. For such perseverance shown in the basic principles of her own profession, for her chivalrous attitude towards the truth – the Karić Brothers Foundation has rewarded Marilina Veca the Karić Brothers Award for outstanding achievements in journalism.

Danijela Karić Martać greeted the present on behalf of the family and the Foundation, by saying:

It gives me a great honor and pleasure to greet you on behalf of the family and our Foundation and wish you a warm welcome. For more than 40 years, our Foundation has been guided by the idea of preserving the spiritual and material culture of our nation and, in particular, on preserving our alphabet and our language. We are honored to present two more carefully selected titles written by the laureate of the BK Award, Maria Lina Veca. These books are part of the FRIENDS OF SERBIA edition. The edition will present you authors who express great love and respect for Serbia and the Serbian people. Those are the people like our Marilina Veca, who are not afraid to tell the truth, and that is why we say thank you from the bottom of our hearts for creating a credible and more beautiful image of Serbia in the world. Thank you Marilina for everything you have done and are doing for Serbia and the Serbian people!“

Beside the author, the books were commented by Veselin Dželetović, president of the Writers’ Association “Poeta”, a journalist and a writer whose work ” Johan’s Serbian Heart”, will soon be the subject of a movie, and Prof. Dr. Vladimir Džamić, political scientist and rector of Alpha BK University.

Maria Lina Veka is a journalist and publicist with a degree from the Sapienza University of Rome and a specialization in paleography from the Vatican Secret Archives. Since 1993 she has been a meticulous chronicler of the military actions and ethnic conflicts. She has followed the Ibis Mission in Somalia and has been engaged in “Balkan scenario” since 1999. Her books, “The Somalia Scandal – The Anatomy of a Lie,” as well as “Moro Could Be Saved” – are the experimental workshop of journalistic unrest in contemporary society. She is  the president of a non-profit organization and in colaboration with the UNESCO-supported “Arc of Peace” project, she supports and aids various peace projects while organizing humanitarian aid for Serbs in Kosovo and Metohija enclaves. 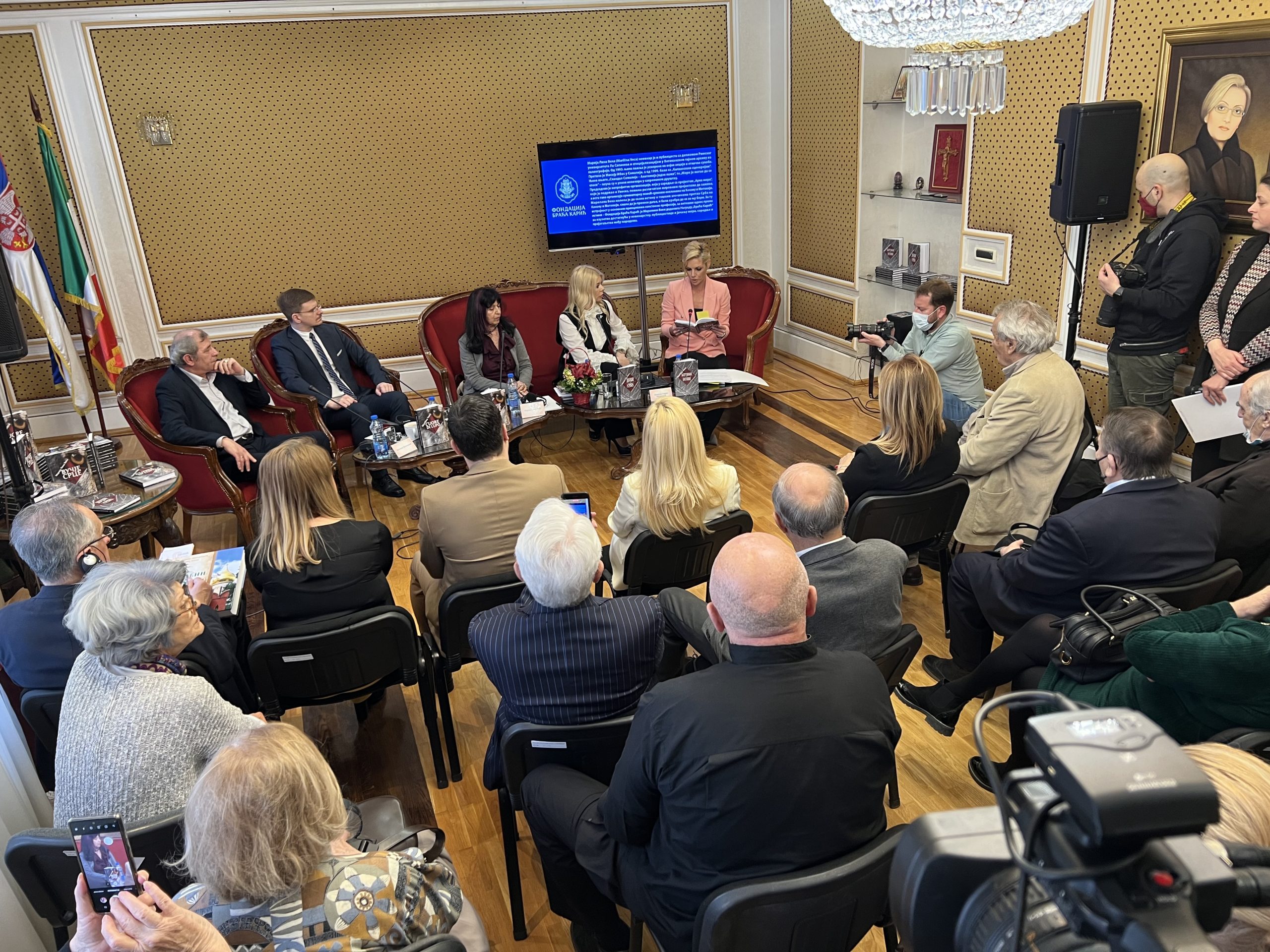