“Life gives back what you give to others”

On Wednesday, October 31 from 10 a.m. to 2 p.m. an event of humanitarian blood donation was successfully held at the “Alfa – BK” University, organized by the Karić Foundation, “Alfa – BK” University and the Institute for Blood Transfusion of Serbia. The campaign under the slogan “Life gives back what you give to others” was attended by students and professors of “Alfa – BK” University, athletes, as well as public personalities.
The humanitarian action started with a seminar held by professional associates of the Institute for Blood Transfusion of Serbia, Mirjana Knežević and Lana Vučičević Miladinović. Along with the presentation of an informative film to the people gathered in the University hall A2, they outlined the importance of general awareness when it comes to humanitarian activity of this type, especially because, due to the progressive aging of the population, the number of potential blood donors in Serbia drastically reduces every year. In regard to this, the importance of renewing the cooperation between the Institute for Blood Transfusion and the Karić Foundation was particularly underlined. To mutual satisfaction, it has successfully been achieved after a two years break, with a remark that voluntary blood donation will in future be organized twice a year: in winter (November and December) and in spring (March and April) semesters.

Visibly satisfied because of the renewed cooperation with the Institute, Danica Karić, president of the Karić Foundation, invited all those who can, to demonstrate personal and social responsibility as well as humanity, by continuing to respond to such actions. Motivating the students gathered in front of the University Hall S3 where the transfusion was performed, the president of the Karić Foundation said that there should be no anxiety among those who may be in doubt because, indeed, as the slogan says – life returns to us what we give to others:

– I appeal to everyone who can, to donate blood. I think that altruistic desire to help others has to be in nature of each one of us. It is medically proven that those who are able to give blood, in no way will jeopardize their health. Thus, costing us nothing, someone’s life will be saved – said the president of the Karić Foundation.

Among the other blood donors in front of the University Hall S3, we found the singer Aleksandra Perović who, as she explained, without hesitation decided to take this step after seeing the interactive film shown at the seminar of the experts from the Institute of Blood Transfusion, during which she learned that she belongs to a rare blood group and that, having done a little she will help a lot, especially for maternity hospitals which, at this moment, require blood supply.

The most active among the sportsmen were water polo players: nineteen year old Dimitrije Rističević from the club Partizan and Stefan Vidović from PVK Jadran. Unlike Stefan, for whom this was the first time to respond to a humanitarian action of this type, Dimitrije had previously donated blood – for the first time, as he explained, when his school friend was badly injured in a car accident:
– It is sad that we remember the importance of participating in humanitarian actions of this type only when an accident happens to us or someone close to us. I think that we all ultimately need to deal with this problem seriously. 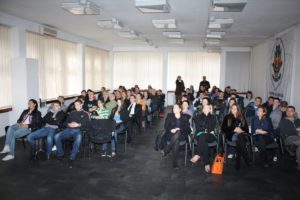 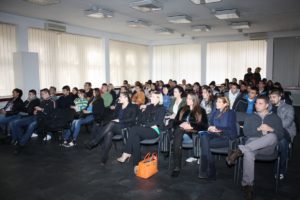 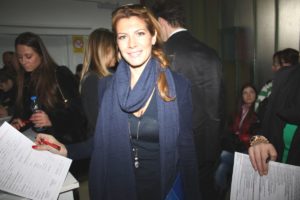 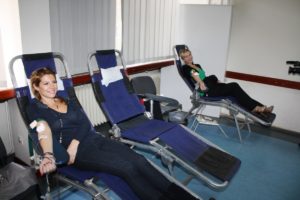 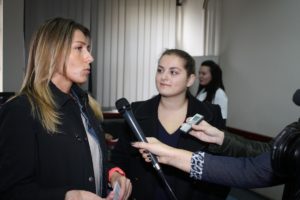 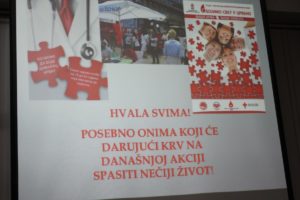 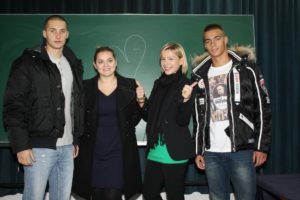 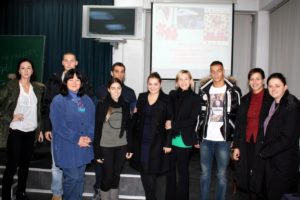 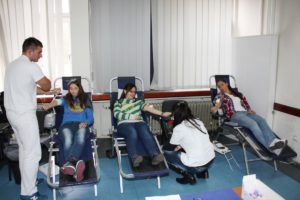 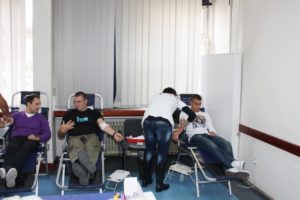 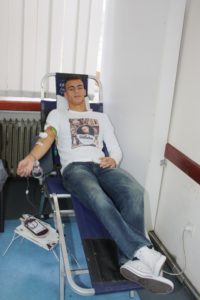